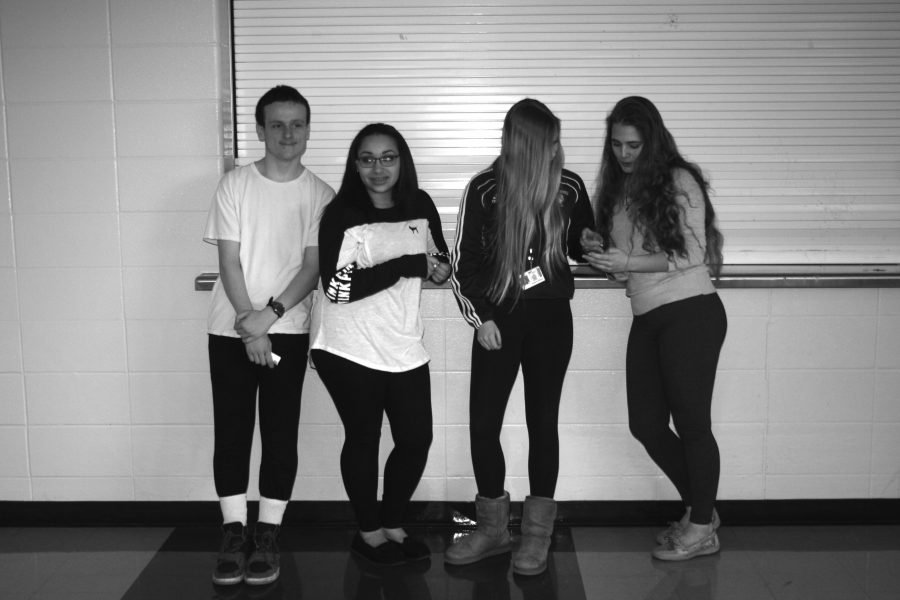 When push comes to shove the stronger usually wins. In the case of the educational system, we would consider this to be the administration, principals and teachers who hold power. One significant force that undoubtedly goes unnoticed is the student body.

The students are the most important asset of any school. So when teachers and administration start to enforce a potentially sexist dress code, the situation can turn harsh quick.

Dress code policy has been up for hot debate nationally and recently at Loy Norrix High School, as administrators Chris Aguinaga and Kelly Hinga have, over the past couple of weeks, visited almost every second hour classroom in hopes to spread the word and reinforce school rules. Rules such as wearing your identification badge and taking your hat off of your head when you walk through the doors are all represented in the school dress code.

This dress code mainly relates to the women of Norrix. The Loy Norrix dress code specifically states “leggings and spandex pants are not permissible.” The dress code doesn’t apply as much to men even though there are regulations for them.

School is a place to learn, not a place for students to get sexually harassed. When you call a female out of class because they’re wearing leggings, yoga pants or even tight jeans, you put the female on the spot and make it seem that her body is more important than her education.

This has been the recent message at Loy Norrix according to the six Loy Norrix students who spoke on the dress code at the March 26th Kalamazoo Public School Board meeting. The monthly board meeting is a place in which board members discuss policy, talk about new rules or additions to KPS and even give honorable mentions to first graders who turned their academic career around. The public is also allowed to speak directly to the board members and community for a period of three minutes each, addressing issues they feel are important.

Olivia Stier, a senior at Loy Norrix and one of six who spoke at the board meeting  explained her recent run-in with the anti-leggings dress code. “I cried when I got home.” She went on to say “I felt gross. I felt humiliated. I felt defeated,” recalling her experience after security guards peered over her body enforcing the dress code policy.

Senior Hannah Campbell did not attend the board meeting but said, “The dress code should be changed because it isn’t constructive and objectifies students, especially females and puts an unfair stress on us when our bodies are policed inappropriately, and that’s something we shouldn’t have to worry about when we’re trying to learn.”

Some students think the enforcement of the Norrix dress code can result in sexual harassment. Junior Ruby Hensley went on to say, “I honestly don’t think it’s up to the teacher for what a student wears.”

Genevieve Nicolow another of the six students to speak at the board meeting is concerned about the younger females at Norrix and said, “Especially since there are fourteen year old girls getting sent home every day and what goes on behind the scenes to send them home is gross.” She later said, “Anywhere else (enforcing the dress code) that would be sexual harassment, but since it’s the dress code it’s just procedure.”

On March 27th, one day after the school board meeting, administrator Chris Aguinaga emailed teachers at Norrix saying, “The administrative team is currently reevaluating the school’s dress code in the student handbook. While this is happening, effective immediately, please allow all students wearing leggings into your classroom.”

Loy Norrix Principal Rodney Prewitt puts his take on the dress code as well. “The dress code should be consistent amongst all high schools in Kalamazoo,” Prewitt continued, “I’m a firm believer of dressing in the role wanted to be.”

Prewitt also mentioned he would never make students wear an identification badge without wearing one himself,  “I lead by example.”

The dress code will most likely be changed come the school year of 2015-2016 and the new guidelines will be published in the student handbook.