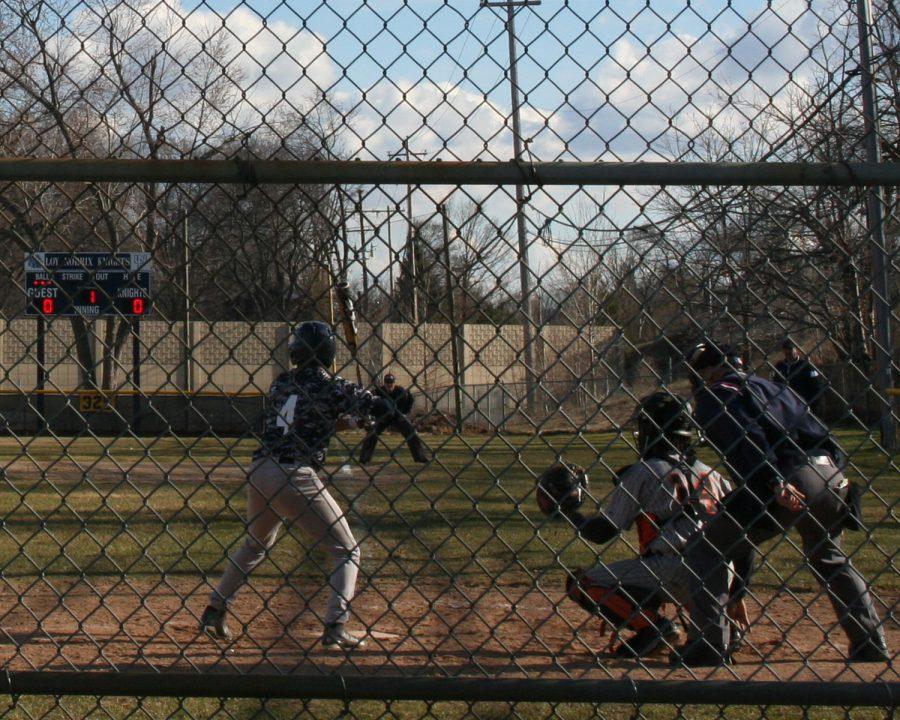 Senior Jerrell Lipsey is up to bat with a three to zero count. Photo Credit / Taylor Timmerman

The Knight’s baseball team played Gull Lake on Tuesday. This was the Knight’s second divisional game all year. Being in first place, the Knights looked to keep their position in their division.

Senior Austin Thompson pitched the second game. Junior Paul Vallier came in the fourth inning to relieve Thompson. The game ended early with Gull Lake winning 14-0 in the bottom of the 6th inning.

The Knight’s next outing is Saturday 25th at 11:00 a.m. in the Portage Northern invitational at Loy Norrix.