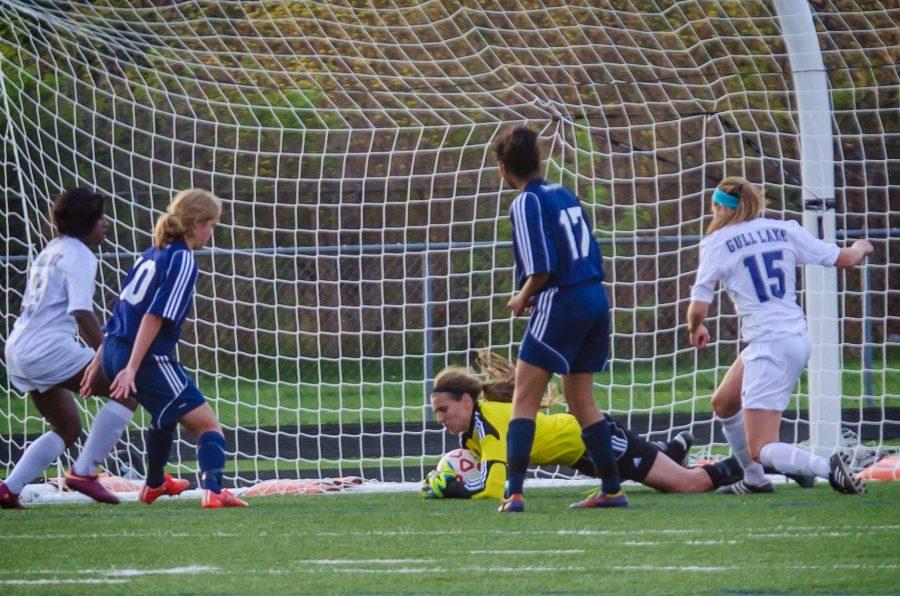 On Monday, May 4, the Loy Norrix women’s soccer team took on number-two ranked Gull Lake on Gull Lake’s home turf. The Knights played a long and tough game. With minimal subs on the bench, the ladies kept the Blue Devils to one goal in the second half.
Early in the first half, junior Megan Zabik had a wide open shot that she nearly made, except that it went wide to the right of the goal. With seven shots on goal and numerous free kicks, the Knights could not convert.
The Blue Devil’s goal came in the second half from junior Amanda Tavletic. The goal came from a shot within the eighteen yard box. She calmly put the ball into the back of the net.
Goalkeeper Lauren Dougherty, senior, kept the Knights in the game. She saved numerous attempts from the Gull Lake offense. She and the Knights’ defense worked hard to keep the score down and the team motivated for all 80 minutes of the game.
Delete Image
Align Left
Align Center
Align Right
Align Left
Align Center
Delete Heading