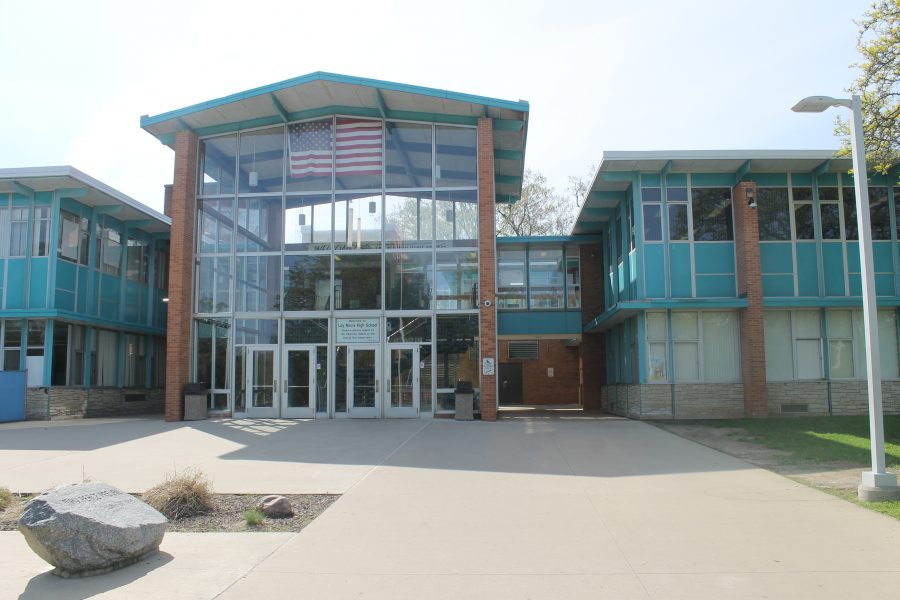 Opening in 1960, Loy Norrix High School has had 55 years of history. It’s seen building renovations, fashion fads, and technology updates among many other changes. However, what will Loy Norrix be like 50 years from now?

In the past, the school has been dubbed the “Glass Castle”, there has been trouble with student behavior, the soccer field was a driver’s training course, and candlelight was held in the gym, just to name a few examples of history.

“What’s happened since I’ve been here is the new cafeteria, it used to be just a real small cafeteria. We thought when we went to a bigger cafeteria that they could do all the lunches with two lunches and get all the people through, but it didn’t change a thing,” said  Mr. Rowe, math teacher.

Another thing that was different was “a physical education area that was not in the best of shape. That got ripped down the year we won districts. We got the new gym in 2003,” said Rowe.

Currently, leggings have taken the scene at Norrix, the rock still gets painted, and school food will forever be the pits. So how does Norrix rank up to other schools in the year 2015?

Nearby school district Plainwell Community Schools implements the use of iPads by students. They are handed out to students at freshmen orientation with the purpose to use them for coursework and projects. Students are allowed to take them home each night. In the meantime, the extent of our technology updates include school wide use of flat screen computer monitors and the new water fountain in the library which provides filtered water with the ease to fill up a water bottle with little struggle. Surely we’ll catch up to other technology driven schools like many places in the country though, in our own slow moving time.

Now what could Loy Norrix be like 50 years from now? Perhaps there will be an addition of an E-wing, or all standardized tests will be taken electronically, or there will again be off campus lunches.

“I know they’re working on the football stadium right now so I don’t see us getting a new one in the next 50 years. Hopefully the classrooms have better technology than what we’re working with right now. I think at some point the will give everyone a laptop or an iPad or something. I hope in 50 years it will be less culturally divided and more integrated within groups,” said senior Lauren Dougherty. Who knows what Loy Norrix will embody 50 years from now, or rather 45 years from now at its centennial celebration. Only time will tell.