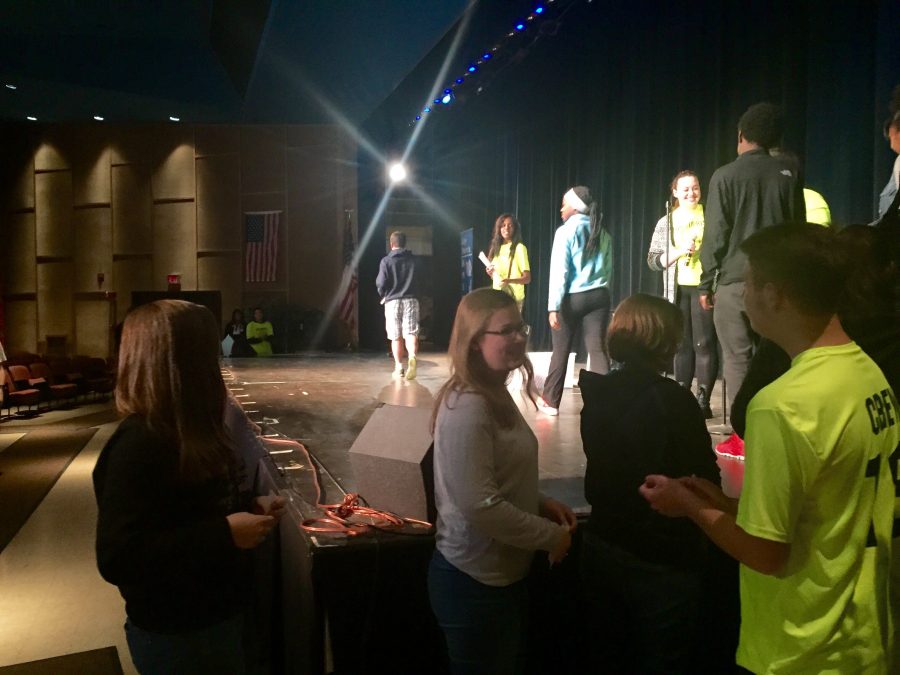 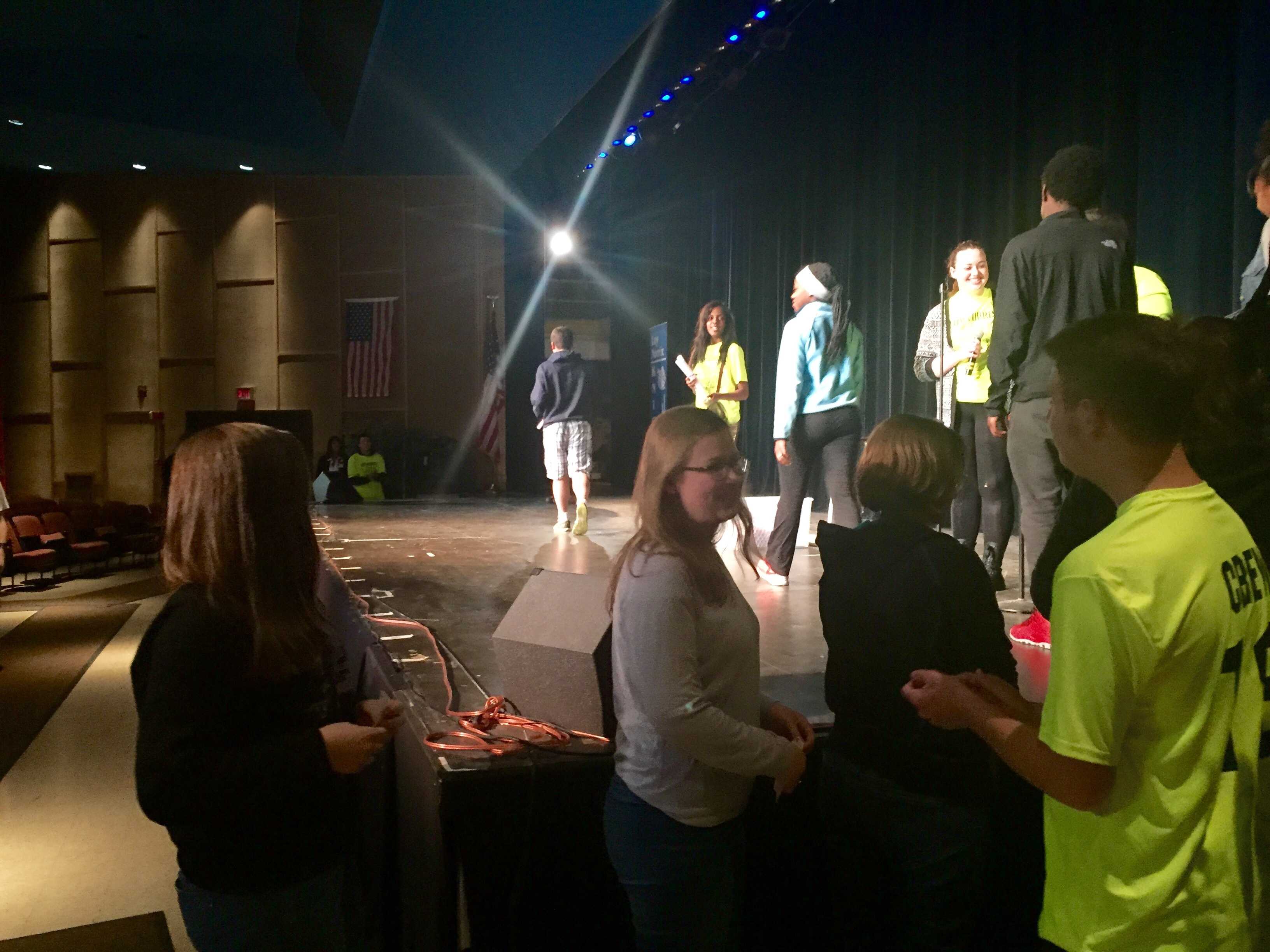 On Wednesday, May 21, 2015 Loy Norrix High School held its first ever Freshman Award Ceremony in the Kasdorf Auditorium at the end of the school day. This event was put together to acknowledge successful freshmen with a GPA of 2.5 or higher, as well as encourage all freshmen to succeed in their future years of high school. In the past, Loy Norrix has held events to celebrate hardworking students with titles like “Knights of Honor”, “Knights of High Honor”, and “Dean’s List”. The idea for a freshmen exclusive event was proposed to Link Crew by assistant principal, Kelly Hinga, and they eventually took responsibility for controlling, planning, and organizing it all.

As the freshmen began to arrive, Link Crew members cheered them into the venue. The ceremony began with congratulations from Hinga herself and Link Crew coordinator and teacher, Patrick Greeley. In addition, both speakers acknowledged that many of these successful freshmen were able to participate in sports, jobs, performing arts, and other extracurriculars, all while maintaining a GPA of 2.5 or higher. These accomplishments considered, Greeley and Hinga also recognized those freshmen who had college plans and for some, planned on being the first in their family to attend college.

After, the Loy Norrix Improv team entertained everyone with a couple games with one game dependent on the participation of a freshman audience member, Paul Juriga. Later on, Link Crew members began to give out awards designed to look like diplomas, handing them out by having the freshman lineup and eventually walk across the stage like they would at a graduation ceremony. All the diplomas were black and white with a blue ribbon tied around it, with the exception of the original copy. Tihnae Bennett received the original copy on a chance lottery, then received a 20 dollar gift card to Biggby Coffee. Once all awards were distributed, the freshmen headed out to the hallway to celebrate with pizza and water from Link Crew.

The overall success and steady flow of the event was obvious to all, leaving freshmen happy with their accomplishments and motivated to continue their success in high school. Link Crew hopes to continue the ceremony for future freshmen, as well as hopes to see the amount of attending freshmen to grow.