The Forensics Team Goes to Mackinac 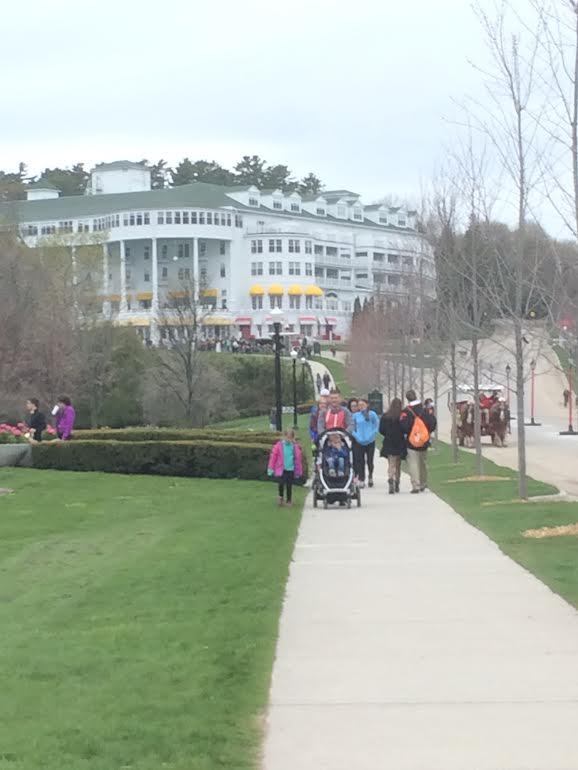 On Friday May 15th, a small portion of the forensics team drove about five hours to a  Shepler’s Ferry that carried them through Lake Heron all the way to the fudge famous: Mackinac Island. The forensics team goes to Mackinac Island every other year to compete in a one day forensic tournament. They stayed at the world famous Grand Hotel for two days and two nights.
They left school around 7:20 a.m. and got to the island around 12:50 p.m., so they had the rest of the day to explore and be tourists, but on Saturday, that’s when the real competing began. The Mackinac Tournament was different because the three preliminary rounds were held in hotel rooms of fellow competitors. Also during the tournament, if you were a senior, you had the choice to judge rounds instead of compete.
America Edwards, Anna Emenheiser, and Hannah Stempky were seniors from Loy Norrix that judged rounds at the Mackinac Tournament.
Sophia Boismier broke semi-finals and got 11th place in Ted Talks out of  40 competitors, and Christian Heintzelman and Nora Hilgart-Griff broke finals and won second place out of 30 competitors, in Duo Poetry.
After the awards ceremony, there was a dance that reminded everyone what forensics is really about: having fun and making friends.
Going to Mackinac Island, let alone spending the night at the Grand Hotel is a once in a lifetime experience. The team got to experience the elegance of the Grand Hotel that will make that a weekend they will never forget.