Seniors Pass the Torch at the Candle Light Ceremony 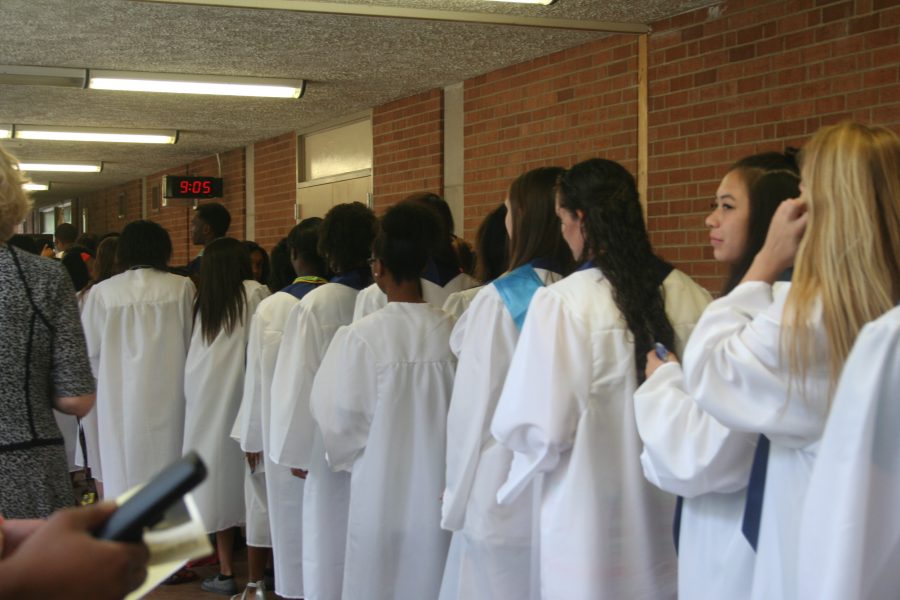 On Friday May 29th, 2015, the Seniors came to school to attend their very last day of mandatory time on the grounds of Loy Norrix. They came dressed in graduation gowns and lapels, and waited in a line outside of the Kasdorf Auditorium to be seated.
In line laughed and talked, enjoying their last moments as seniors before graduation on Wednesday. After everyone was seated, various awards and scholarships were announced in front of friends, family, and the Junior class (who sat on the opposite side of the auditorium).
Lauren Dougherty was awarded Top Female Athlete and Eddie Gillon was awarded Top Male Athlete.
Emily Cox was appointed the salutatorian and Ellie Epskamp-Hunt became 2015 class valedictorian.
By the end of the ceremony, Cox and Junior Maddie Olech made their way to the stage. The lights slowly dimmed and a projection of the Loy Norrix logo was projected onto the walls and ceiling. Cox proceeded with reciting her Candle Light speech. She heartwarming words that gave closure to the seniors departure.
Cox then lit a candle,and asked the class of 2015 and 2016 to stand and face each other. She then passes the candle to Olech.
From then on, the Juniors became Seniors and the Seniors became graduates.