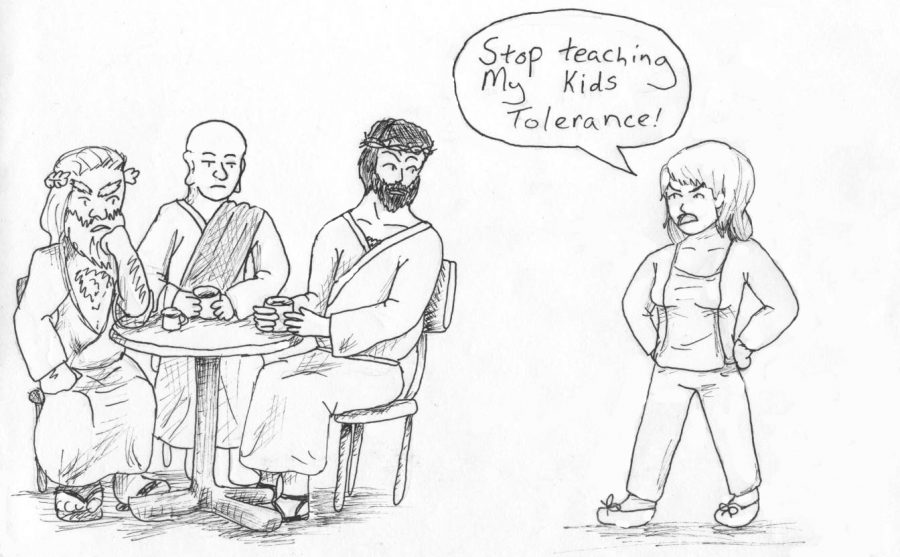 Religion is everywhere. There isn’t a single day in your life when religion hasn’t somehow been intertwined with your daily ongoings, as you see billboards and even have church on Sunday morning television. Religion, more importantly Christianity, is ubiquitous in America.
As Americans it’s obvious that we tend to dislike other religions because of our own tight roots with Christianity. We reject religions because of our own ignorance. As Martin Luther King Jr once said, “Nothing in the world is more dangerous than sincere ignorance and conscientious stupidity.” Our ignorance on religion in America has fueled many problems specifically hatred toward Islam.
In September 2013, a Tennessee high school canceled a field trip which was scheduled to go to a Mosque and Hindu temple for their comparative religion class. The field trip was canceled because an irate parent accused the school of promoting “Islamic tolerance”. The field trip was also canceled because of the inability to go to all the religious places taught in class due to lack of school funding.
Public schooling systems have debated heavily on whether they should have a comparative religions class like the one in Tennessee. This idea at glance is highly controversial and scary to many.
A comparative religion class isn’t meant to cause upheaval or to anger students and parents. This class would specifically provide students with informative knowledge on each major world religion.
As said earlier, religion is very popular in America, yet many Americans are very ignorant when it comes down to religion. This ignorance can stem from closed-mindedness or just lack of knowledge of their own religion and others. Many Americans claim to be Christian yet can’t even cite the Ten Commandments, while others have never been to church.
The idea that Americans are very intolerant towards certain religions yet have no understanding of their own is very troubling. Comparative religion needs to be taught in public schools to promote understanding of the religion that we practice and those that we don’t.
Some parents fear that a comparative religion class would uproot traditional values that they have taught their children. Others fear that this class will be biased because of the teacher possibly trying to influence and convert students to their own faith. Parents also fear spending more time discussing one religion rather than another.
One thing to keep in mind is that a comparative religions class would be a choice. Taking this class is completely up to the student and the parents’. The class would also be curriculum-based. The teacher would use a textbook, guaranteeing they wouldn’t teach on their own platform of ideas and beliefs. A lot of people debating this subject also suggest that the teacher should not be religious whatsoever. Having fewer religious ties as a teacher of a comparative religion class would eliminate the potential for bias.
Many high schoolers agree that they are a product of their parents’ beliefs. If their parent is religious they most likely will be too. Many high schoolers also agree that although they’re religious and faithful to their beliefs, most don’t actually know what they believe. Kristina from New York Daily News says “My family is very biased against other religions. They are Christians, but I don’t fully believe in the Christian faith. I am hoping this class gives me some insight to help me find my own path,” speaking on the comparative religion class in Tennessee.
To have a public school teach on religion is to help strengthen the already formed beliefs of students and further their knowledge on their religion and others. Not only will a comparative religion class help them better understand their own religious stance it will also give them a understanding and sympathetic view on people of the religions and cultures different from their own.
A comparative religion class needs to offered in public schools to break down the stereotypical barriers of different religions and hatred towards the opposition. Breaking down these barriers will create strength in friendship and love in the faith we disregard.