Teens Feel the Buzz: The Effects of Coffee 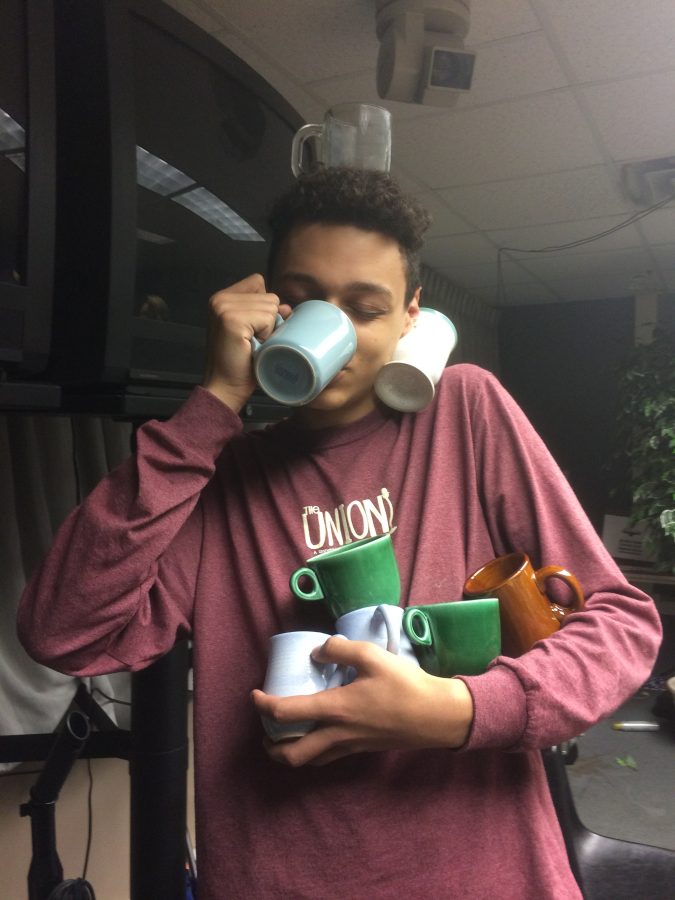 Caffeine is a drug, and just like any drug, you can get addicted to it.
According to the “Yellowstone Recovery” website, teenagers are actually more prone to addiction because their brains aren’t fully developed. Out of the 600+ drinks that contain caffeine, as said on the “Caffeine Informer” website, coffee is a growing trend that result in more caffeine consumption with teens. Most can’t even leave the house in the morning without it.
“It makes me jittery, but gives me enough energy and focus to get through the day,” said junior Olivia Mears who drinks black coffee.
In moderation, straight coffee can actually be beneficial to your health.
According to Renee Jaques from the “Huffington Post,” coffee can reduce your risk of developing Type 2 diabetes, can be good for your liver and can help your brain be healthier for a longer period of time. Jaques said that even smelling coffee can make you less stressed (only the stress caused from lack of sleep).
Even the caffeine in coffee can have some health benefits when consumed in moderation.
As said by Erin Brodwin and Kevin Loria from Business Insider’s article “Health Benefits of Caffeine,” Caffeine can boost your memory, increase your attention span, and a “mild dose” can improve your mood.
The article does, however, mention that the amount of caffeine taken in can become too much.
According to a report from “Kids Health” by a team of pediatricians and other medical experts, “Teenagers should try to limit caffeine consumption to no more than 100 mg of caffeine daily”.
While adults should be taking in 200-300 mg, if a teen takes in more than 100 mg of caffeine a day, they run the risk of becoming addicted to it.
“[When I don’t drink coffee] I get a headache and I’m really tired and irritable,” said Mears.
Even though it is very rare for caffeine consumption to result in fatality, getting addicted may cause a variety of withdrawal symptoms if the user decides to stop. Symptoms include fatigue, flu-like symptoms, anxiety, having a hard time concentrating, and more.
“[When I don’t drink coffee] I feel tired and unfocused. I feel like I’m going to fall asleep,” said sophomore Grace Erway.
There’s nothing we teens enjoy more than a morning Starbucks Vanilla Latte or a hot French Roast from Biggby. And there’s absolutely nothing wrong with that, as long as we keep it in moderation.
Delete Image
Align Left
Align Center
Align Right
Align Left
Align Center
Delete Heading