New Advisers, New Name -The GSA Re-brands Itself to Include More Students 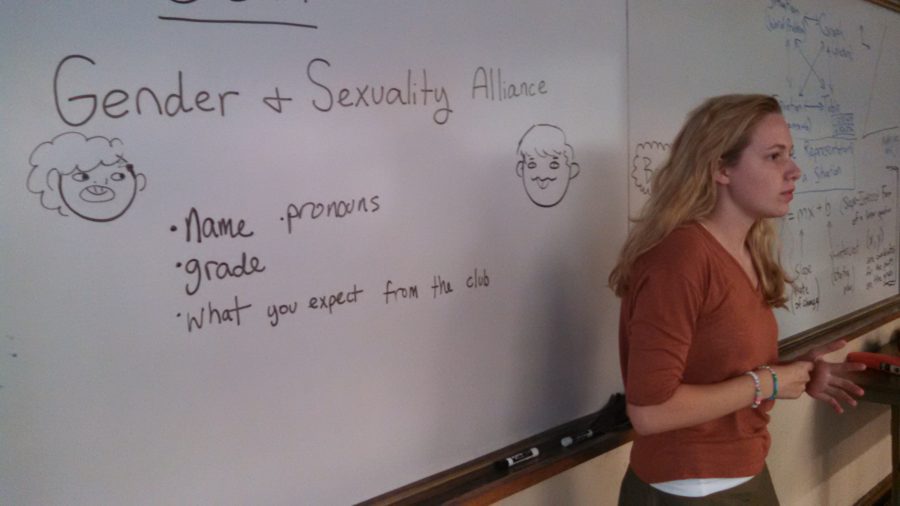 The Gay-Straight Alliance has been going on at Loy Norrix for 16 years and was founded by former teacher Katherine Williamson. The program has been a community where all students, genders, and sexualities are accepted. It helps students talk about their challenges, spread peer awareness, and make friends.
“When you work with students that are different than you, you look at the world differently” said new GSA advisor and math teacher John Larson.
After Williamson left, the new advisor was former Government teacher Art Williams. This past school year Williams retired and people were wondering who was going to fill his shoes. That’s when Larson stepped in.
“One of the things we do is try to be supportive of people who are either questioning their sexuality or their gender. We are meant to be a support group and a safe space,” said Larson.
Larson has been a teacher at Loy Norrix for three years, and this year he took on the role of the GSA’s advisor, and at his side fellow Math teacher Sarah Jenzen, as the co-advisor.
“It’s a great way to learn more about my students, other students, and learn more stories about what is a really important issue right now,” said Jenzen
2015 President of the GSA Sophia DeRango, and new President, Emily Wilger, along with other members decided it was time for a name change. The official name change is now the Gender and Sexuality Alliance. Which means that they accept all genders and sexualities in the club.
“We chose Gender and Sexuality Alliance this year because it’s more inclusive and it’s not just the gays and the straights, it’s all the LGBT youth,” said Wilger.
This year the GSA hopes to do more in the school. They will be spreading awareness and educating people using announcements on LN Radio. They will also have days of visibility in the school, which is a day to spread awareness about transgender people, and “GSA week,” this will  be a week to celebrate the LGBTQ+ community and many more. The changes in the GSA reflect the changes in the world as people become more accepting of the many different genders and sexualities.
Delete Image
Align Left
Align Center
Align Right
Align Left
Align Center
Delete Heading