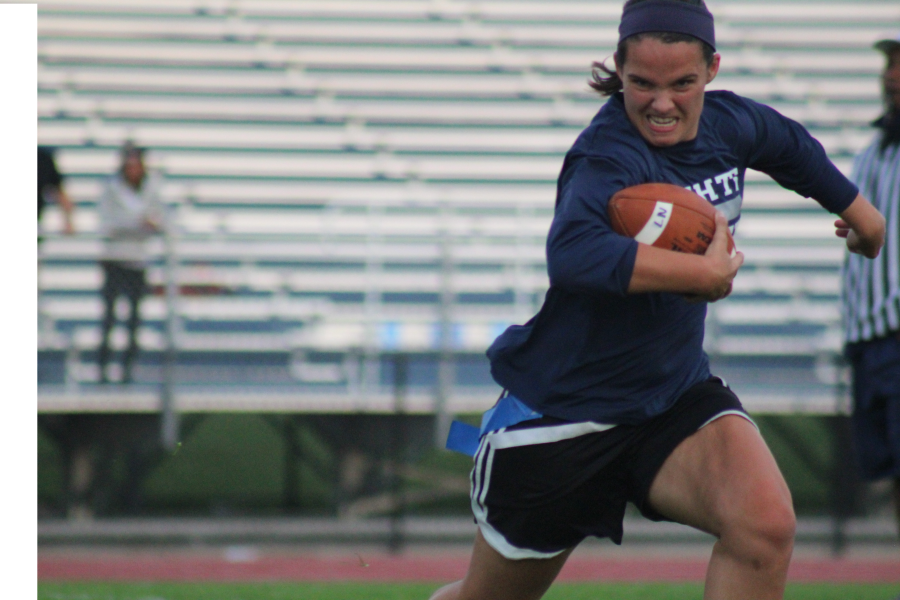 Julie Zabik runs the football for the seniors.

The annual Powderpuff Football game was on Monday, October 12th. The juniors squared off against the seniors in a competitive game, highlighted by the amazing runs from senior Julie Zabik and junior Maria Egloff. The seniors had a game plan and stuck with it, and with a bit of luck and heads up thinking from Haven Johnson, the seniors were able to defeat the juniors 16-0. The seniors scored 2 touchdowns and had a two point conversion, along with a field goal from Grace Labadie. Junior Isabelle Whalen tried to do a mixture of handing the ball off and throwing, but was really unable to make any headway. An interception by Senior Maya Ranger set the seniors up with really great field position, and really marked the start of the end for the Juniors. Overall, it was a well played game, marked with the intensity and fun that every football game should have.