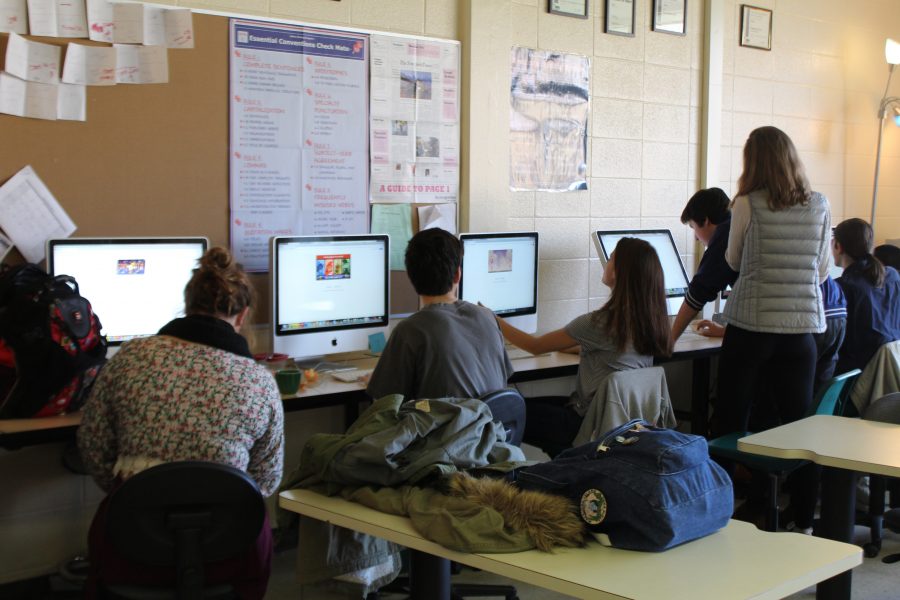 Halloween is the time to get candy and have fun but sadly, as high school students are now too old to go out and trick or treat, this holiday is now not as fun as it used to be. However Google has come up with a new game to get in the Halloween spirit. When you type Google in the search bar, the regular Google Icon has changed into a game that has witches collecting candy.
The game consists of four teams: red, green, yellow, and blue. You push down on the spacebar or click your mouse to fly in the air on the witch’s broom.
Be careful not to get hit by any flying creature like birds, bats and ghosts. If one of the creatures do hit your witch, you become paralyzed and cannot collect any candy for a few
seconds. Your goal is to collect the most pieces of candy. After working hard on the first issue of the newspaper, the Knight Life staff took a short break to play this fun game to celebrate the completion of issue one.
“Get your head in the game!” said Sophia Boismer.
Everyone desperately trying to beat scores of their fellow classmates with shouts and cheers filled the Knight Life room. After after the game ends it gives your team that has the most candy collected worldwide. The highest score in the classroom collected was Rachel
Zook with 498.
“It was an adrenaline rush to beat J-lo,” said Rachel Zook.
Jonathan Lo, a.k.a. “J-lo,” had the highest score of 492. It was a great way to relieve the stress of school and bring a good competition into the classroom.
“I’m a little salty I’m not number one and that Rachel won. First is the worst Second is the best,” said Lo.
Delete Image
Align Left
Align Center
Align Right
Align Left
Align Center
Delete Heading