Graffiti spills art on the streets 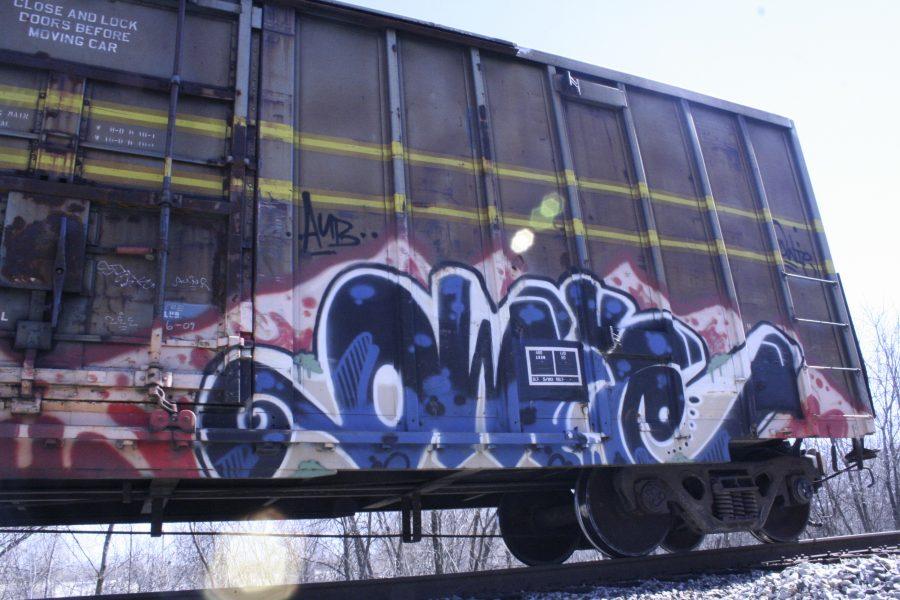 Graffiti is very common throughout urban areas, like our city. The sides of buildings, trains, and mostly any flat surface that can act as a canvas can fall victim to graffiti artists. It is not uncommon to drive down streets and see the sides of walls covered in paint, specifically in areas of Kalamazoo such as Washington Square, the Western Michigan University East Hall, and the Vine Neighborhood.

Much of the graffiti is considered vandalism by private property owners and police; however, not all graffiti is seen as vandalism. People see something spray-painted on a building and assume that the graffiti is gang related; however, many symbols and designs are not gang signs, they’re illegal artwork and a way for the artists to express their opinions.

A Loy Norrix student and graffiti artist thoroughly enjoys the graffiti scene, as the student describes it as colorful and interesting. The student also finds graffiti fun, and similar to legendary graffiti artist Saber, this student has considered refocusing his artwork into a traditional track rather than the destruction of graffiti. This student even aims at not destroying private property, “I try to find somewhere that’s already been destroyed,” said the student.

Also, graffiti is a rich source of history, relating back near the year 0. It originated in Pompeii and exists in the Roman catacombs. Although graffiti didn’t take its modern form until later, it originated as simple wall carvings and inscriptions or drawings.

KVCC Art History and Humanities instructor Honore Lee sees a much wider view of graffiti throughout history. “Graffiti, in our culture, is associated with urban decay, but the history of graffiti is more interesting,” said Lee.

Moreover, Lee has a deeper perspective for graffiti and a wide difference between traditional artwork compared to graffiti, “Both [traditional artwork and graffiti] communicate, but graffiti has a tradition of direct, immediate and spontaneous script. It is usually meant to provoke or incite,” said Lee.

Regardless of the artist’s creativity and their intended message with their graffiti, it is still illegal to deface public or private property. There are also punishments in place for the victims of graffiti as well.  In Ann Arbor, under a previous ordinance, a $500 fine could be issued to the business owner for not cleaning up graffiti within seven to nine days of the vandalism occurring. Under the new ordinance, the city will clean it and mail the bill for the clean up to the business owner.

Saber, isn’t one of the vandals who just destroys public property, he also engages in fine art. Originating from Los Angeles, Saber is most commonly known for his work at the Los Angeles River, where he painted one of the biggest illegal roller paintings [a kind of painting where a paint roller spreads the paint] in the world nearly the size of a football field, Saber has a number of canvas art works, as well as wood and metal sculptures.

Furthermore, graffiti is occurring legally within the United States. Not everyone sees graffiti as a repulsive image painted on a building. Saber was asked to paint a mural on Melrose St. in Los Angeles near the Fairfax High School, which he accepted. Regardless of many people’s opinions on graffiti, the younger generation has more affection and tolerance towards graffiti.

So whether it is a gang related text plastered against a train or a meaningful message from the artists decorated against a cement canvas, graffiti is still considered illegal within the United States. However, graffiti isn’t as simplistic as it seems, between the history and the origins and intended meaning, graffiti becomes a deep mystery to be interpreted by the viewer.