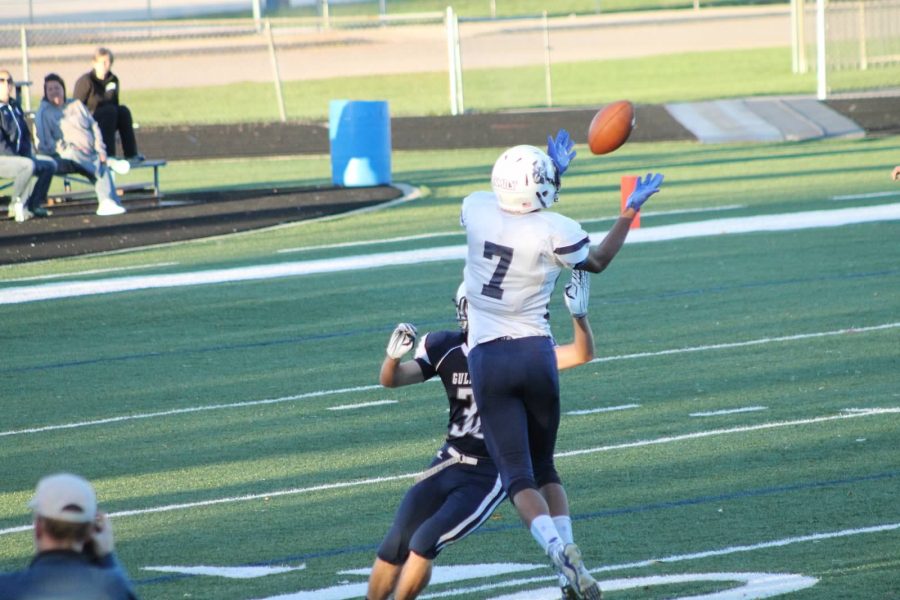 When you look back into Loy Norrix athletic history, you think of the great names of T.J Duckett and “Little” John Flowers, two of the best athletes to attend Loy Norrix, who both went to Michigan State University and on to the National Football League.
Imagine ten or twenty years from now will we hear the names of the great athletes today. For most schools you have one or two division one (D1) athletes every five years or so, but the class of 2016 is an exception here at Loy Norrix.
The Big 10 conference is here to recruit Loy Norrix’s top senior athletes. Senior wrestler Nick May to Michigan State University, senior soccer player Grace Labadie to Indiana University, and senior football player Simeon Smith to the University of Michigan. What makes these athletes elite is that they don’t only work during the season, but they work just as hard in their off season.
“The key to it all was the offseason, between working out and wrestling to get better,” said May.
May was the Michigan state runner up in his weight class last winter and spent his summer traveling to different wrestling tournaments across the country.
Each of these three student athletes strive in the classroom and on the field which leads to their overall success.
“Toughness, when you’re on the field or in the classroom, you have to be tough, especially when things get hard,” said Smith.
The Big 10 is among the most recognized conferences in the nation, with top ranked teams in every sport.
“It will definitely be a lot harder, but I’m really excited to play at that high of a level for the next four years,” said Labadie.
Smith, Labadie and May agree that there’s tough competition and will be playing amongst and against the best athletes in the world.
Big commitments, bring lots of attention to schools like Loy Norrix. Athletic Director Andrew Laboe, agrees that May, Labadie, and Smith have brought positive attention to Loy Norrix and it will make a positive impact on our programs.
“They give younger student athletes something to aspire to by being an example of a dedicated athlete,” said Laboe.
In Loy Norrix history we haven’t had many Big 10 athletic commitments, but with the class of 2016, history has been made with these three already committed. However, there could be more to come with the winter and spring seasons approaching quickly.