MSU Spartans’ Football Program In The Running For A National Title 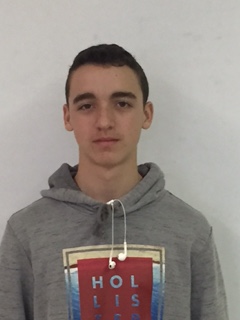 By Joseph Domanick, guest writer.
The MSU Spartans are a powerhouse school for sports, including basketball, hockey, football. They’re most widely known for their football team coached by Mark Dantonio. Last year they had an impressive season with a record of 11-2, 7-1, in the big ten, and went on to win the Cotton Bowl against the Baylor Bears in a suspenseful win.  A last minute field goal block, followed by a couple offensive plays to a touchdown to take the lead with 17 seconds left, and won by a final score of 42-41.
I think that MSU will have a chance to win it all. They are ranked number 9 in the nation but they could move up. Their remaining schedule is a pretty simple schedule, the only BIG threat is the number 3 ranked Ohio State Buckeyes.
Now I said “might,” it’s not a given. The only way that MSU could make the playoffs is by making the top four, which will only be possible if they finish the season either unbeaten or with only one loss.  They also need to crack down on the players so they don’t do anything that will get them suspended. The players need to stay healthy and try not to get injured and be out for the season.
Four weeks ago in the MSU-UM game, MSU won by a punt block ran back for a touchdown to stun the UM crowd.
“I can’t say enough about our football team,” said MSU coach Mark Dantonio.
Although they’ve had a good season some may say that the have no chance of winning the national title, which is a reasonable statement. MSU has had really close games determined by just a few points to unranked football teams.
“Michigan state’s window for high-end success appears to be closing, and quickly,” said Travis Haney,  “Even if MSU wins most of their games it won’t be to impressing to the judging committee because of the strength of schedule they have.”