Nick May Signs to Wrestle at Michigan State University 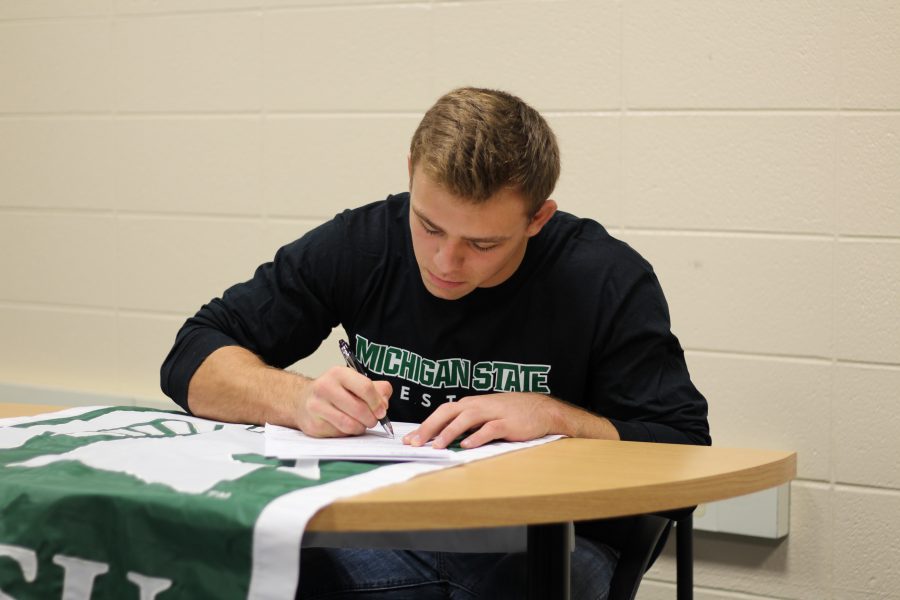 May signing the papers for a four year commitment to Michigan State. May was the Michigan state runner-up last year in his weight class, last season. Photo Credit / Chris Hybels

Four year varsity wrestler Nick May signed to Michigan State University (MSU) this fall. May was the high school wrestling state runner-up for his weight class (189lbs) last year and is currently leading the Knights in a crusade to another successful season.
“I feel that it was an accomplishment [signing to MSU], and I look forward to the next chapter of my life,” said May.
May spent the majority of his off season training in preparation for the state competition this season. To further prepare he played his third year of varsity football as a linebacker for the Loy Norrix Knights.
After the season came to an end, he turned his attention to the mat. Before he started his senior wrestling season he signed a four year commitment to the Michigan State Spartans.
“It felt good [signing] knowing it’s one step closer to all [my] hard work paying off,” said May.