Loy Norrix Students Question Why the Warning Bell is Gone 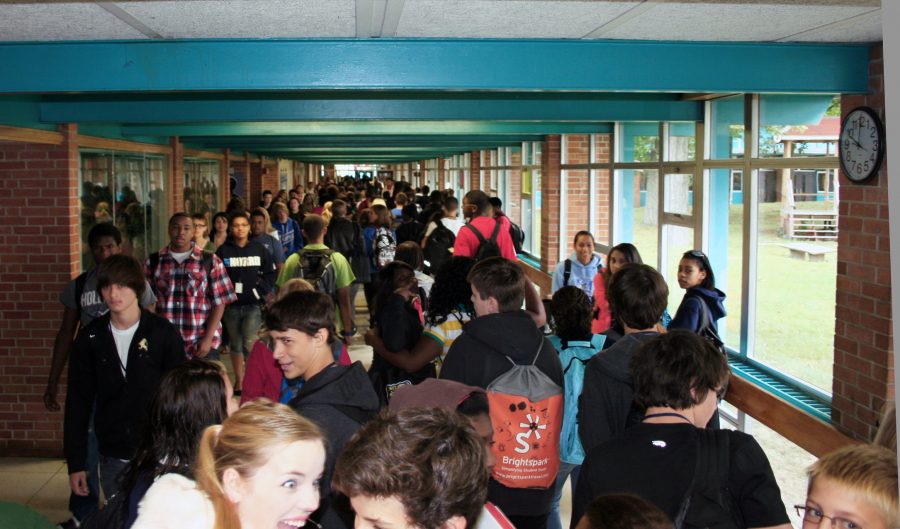 Teens rushing from class to class, getting stopped by the groups of people standing there randomly. Then all of the sudden the beginning of class bell rings.

No warning bell. Where has it gone?

Over the summer it was decided that the warning bell would be eliminated. Loy Norrix principal Johnny Edwards discussed with the staff if the warning bell should be kept along with the new passing times. The result is that the bell has been removed.

The main reason for the elimination was that students last year used the bell as a “crutch.” They did not go to class until the warning bell rang which resulted in late students.

“What is the magic warning?” Edwards asked.

“It wasn’t that valuable . . . It didn’t accomplish what we wanted it to,” said Rockey.

With the new times and no warning bell, some students wonder how they are supposed to do everything Norrix’s staff wants them to do in less time and still arrive to class on time.  Freshman Cassidy Haan travels from the K-wing to the B-wing in five minutes.

“It’s like right when I sit down the bell rings. I have to rush,” said Haan.

Situations like Haan’s happen every day. Senior Lindsey Hill is also one of those students.

“I was late to class because I was in the bathroom and I didn’t know I was late because there is no warning bell,” said Hill.

Some teachers do realize this happens. Spanish teacher Christina Holmes advice for the students to arrive on time is to leave one class and “go straight to the other.”

Then how are students supposed to go to the bathroom or a locker during five minutes? The staff expects students to do all the mandatory things in five minutes. Edwards has his own advice for students.

“The best thing is a personal watch,” said Edwards.