Medicare for All: the argument for single-payer healthcare 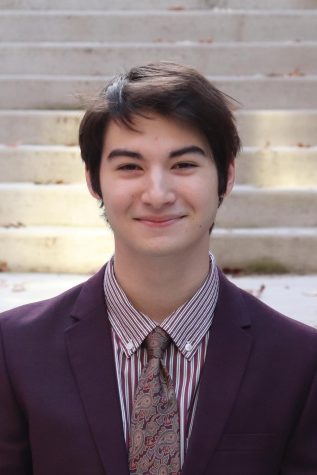 Healthcare: while boring on the face of it, it is one of the most talked about issues in America.

In fact, according to a Gallup poll that was taken during the 2020 Democratic Primaries, voters listed healthcare as their most important issue. The reality is that we’re having a healthcare crisis in America which was evident even before the pandemic. So how do we solve this? In this piece I will argue that the answer to this problem can be found in a single-payer healthcare system under medicare for all.

When it comes to this particular issue of healthcare in the United States, this hits close to home for me. My father is a type-one diabetic and as I have grown up, I’ve watched him struggle with the costs of paying for various supplies when it comes to testing strips and insulin pump supplies. Not to mention, insulin itself has also seen massive increases in price.

Oftentimes I’ve watched my father ration supplies by not testing as much as he should to save tester strips or by not changing his pump’s injection port when he should in the worry that a port won’t engage properly.

This experience of having to watch him struggle with costs sometimes might make me biased but even evidence is conclusive that the vast majority of Americans are also struggling under the current system which is why I believe it is imperative we have a single payer healthcare system in the United States.

In the United States, many people are facing hardships when it comes to private insurance costs, not to mention there are many who have no insurance at all due to not meeting the threshold for medicaid benefits.

According to another Gallup poll, an estimated 46 million Americans cannot afford needed care and a study by AccessOne from December of last year found that 66% of Americans fear they will be unable to afford medical expenses this year.

An example of this price increase can be found when looking at the prices of different pharmaceutical drugs increased over a year from 2018-2019.

These are all a result of the simple fact that our privatized healthcare system prioritizes profit over people. It must be understood that this is no anomaly and that this is integral to every aspect of capitalism. A capitalist mode of production (how the means of production are organized) has an inherent profit motive. This profit motive also roots itself in the market system of distribution (how goods and services are distributed and exchanged) that we have in the U.S. and under global capitalism.

This profit motive forwards capitalist industries to operate at the expense of the proletariat (working class) to increase capital (money and asset) gains. We can see this profit motive at work in various places under capitalist society when it comes to wages, arbitrary set prices and the outsourcing of jobs.

Now how does this profit motive relate to healthcare in the U.S.? Pharmaceutical drug prices have increased exponentially. However, this is not merely the result of just supply and demand factors as many might have you believe. Rather often these prices are set arbitrarily by drug manufacturers. According to GoodRX Health “Each year in January and July drug manufacturers raise the list price of their medications.”

This is in part because the U.S. government does not negotiate directly in setting drug prices, but instead, we allow drug companies to set their own prices. The costs of healthcare can be even more burdensome when taking into account that private insurers will raise the cost of their insurance in accordance with drug price raises. This creates a perpetual loop wherein the burden of cost is put squarely on the patient/consumer all because of the profit motive of capitalism.

Now how will a single payer healthcare system help fix this problem? A single payer system will give the U.S. government the power to regulate and negotiate drug prices. This will treat pharmaceutical drugs as commodities with inelastic demand — prices that do not rise due to market forces/pressures — thus making drugs way more affordable for the average person.

A single payer system would be paid through taxes, however contrary to popular belief this system will not cost more than the current private healthcare system. Under the current system, the average American spends $11,121 on health insurance a year and an employer contributes an additional $5,288 on health care costs due to the fact that most private healthcare is employer-provided and thus an employer will take that 5,288 dollars from a pool of money for wages and benefits.

According to studies by Peterson-KFF Health System Tracker “ American workers are spending 55% more on insurance premiums than they were a decade ago.  The average American also now spends approximately $3,000 each year on services that are not covered by insurance.”

A single-payer healthcare system would fix this problem as by removing employer-based insurance, there would no longer be the need for an employer to take that $5,288 that could otherwise be used to increase pay for the average worker. Not to mention removing employer-based insurance would give the American proletariat more mobility economically as the average worker will not have to worry about losing health insurance coverage if fired or laid off from a job.

Even the businesses and corporations that are owned by members of  bourgeoisie (capitalist class/business owners) in capitalist society will see a benefit as they no longer have to divert money to operations costs to health care. However what the bourgeoisie would do with the freed-up capital is another issue all in of itself worth discussing for another time.

Addressing arguments against Medicare for All

Now to address arguments issued against a single payer healthcare system. To start we will look at the argument that medicare for all is too expensive as it will cost 37.8 trillion dollars over the next 10 years.

This argument fails to take into account the projections of spending of the current system over the next 10 years, it is estimated that we will be spending  42.9 trillion dollars over the next 10 years as under the current system a lot of taxpayer money goes to excess administrative costs when it comes to billing, claims submission, claims reconciliation, and payment processing. This means that in actuality a single payer health care system would save 5 trillion dollars by cutting down waste in administrative costs.

Another argument often presented by advocates against a single payer system is the argument that the United States population of 332 million is too big to have a single-payer healthcare system. This argument can be debunked if we look at the nations that comprise the European Union.

Especially when considering the fact that the U.S. is the richest country in the world and would have more than sufficient means to pay for this system especially if we instituted a progressive income tax and increased the capital gains effective tax rate on the top 1%.

To end this piece, I will answer one question that some readers may have at the end of all of this. Why is a communist such as myself who advocates for a proletarian revolution, advocating for a social democratic/progressive democrat reformist position and policy under capitalism?

The very simple answer to this question is that although my end goal is a society wherein the workers/masses control the government and the means of production, I still believe in forwarding progressive policy in the immediate to help alleviate the suffering people face in their daily lives under capitalism.

So in the meantime the best thing I can do is help make life better for the proletariat and help attempt to spread class consciousness through explaining and analyzing the contemporary issues of the day and current society through a Marxist lens.