Fighting games vs. shooting games: the great debate amongst gamers 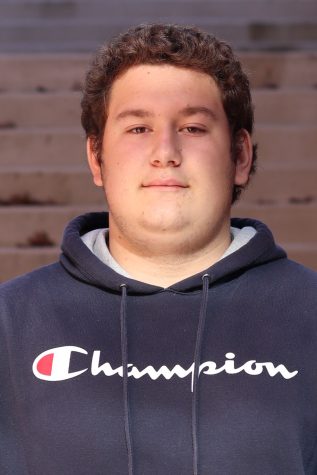 I have played many different video games in my short 16 years of existence, and in that time I have never preferred a fighting game over a shooting game.

Shooting games take more skill than fighting games. In a fighting game, all you have to do is master one character’s movesets to become good.

For example, in the game “Mortal Kombat 11” there is a character named Scorpion. He has a specific move that allows him to teleport behind his opponent. Once you master this one move, it becomes almost impossible to lose.

In shooting games, on the other hand, you have to become good with multiple different guns, memorize different maps and be able to work with your team.

An example of this is Tom Clancy’s “Rainbow Six Siege.” There are 20 different maps each with specific bomb sites that you either protect or defend. There are also 61 different operators, each with different weapons and abilities. After you learn some maps and figure out how to use some operators, you then have to apply them to a 5 vs. 5 situation and work together to beat the opposing team. Clearly there is a skill difference between them.

The number of players also factors into the difficulty and entertainment aspects of shooting games especially in comparison to fighting games.

Junior Keyton Macinnis said, “I like shooting games because I can play with a team of people, which is more fun than 1 vs. 1.”

In most fighting games, it is only 1 vs. 1. This doesn’t leave much room for you to play with your friends. Of course you can play against one other friend but if you want to play with more than one other person you can’t.

Finally, shooting games are more realistic. Junior Aden Dewees said, “You can’t name a fighting game that doesn’t have some sort of unrealistic powers or abilities.”

Realism is good because you can grasp the concept of the game better since it is more logical and you can take the game more seriously from a competitive view.

Fighting games are more fun to play than shooter games 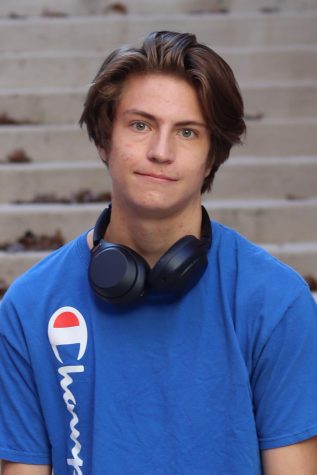 My friends and I are hanging out at my house and we decide to play a game together, but we have to choose between playing “Call of Duty” or “Super Smash Bros.” It’s not a very difficult decision when you think about it.

Fighting games have been slowly losing popularity due to the rise in shooter games. There are so many popular shooting games, for example, the “Call of Duty” franchise, “Overwatch,” “Apex Legends” and “Destiny.”

Although fighting games don’t have many popular titles, there are some really well known games, such as “Super Smash Bros,” “Mortal Kombat” and “Brawlhalla.”

That shouldn’t be the case because there are so many great fighting games out there. Some of those are “Tekken,” “Dragon Ball FighterZ,” “Street Fighter” and “Guilty Gear Strive.”

Fighting games have so many amazing qualities. They can be played with more than one person, many have a really high skill cap—or the limit at how good you can get at the game or character in the game—they take a lot of playtime to become a pro, and you can get a lot of interaction with fighting games.

Shooting games on the other hand don’t really have as much interaction. You can have higher skill ceilings on shooting games, but it’s not as difficult to improve at shooting.

Some students have the same ideology as me.

“A lot of fighting games is more than player. You can get a group of friends and play together: they’re more social,” said sophomore Marcell Bell. “Shooting games are more of a solo thing. You don’t get that team interaction in a shooting game.”

Playing with a group of friends is a really fun experience.You can grow closer together, have fun fighting each other, and learn more about these friends. You and your friends might even play the game together so much that you become pros.

When we compare that to shooting games, you don’t have that amazing experience.

There are some games that create a fun, great experience when playing with games, like “Overwatch” by Blizzard Entertainment, but most are more geared towards solo-play.

There are, of course, some things that aren’t great about fighting games. They have a very steep learning curve and take lots of time to become good at. This can be both an advantage and a disadvantage. On one hand, you get to play the game more and learn more about it as you play, but on the other hand, it’s difficult to become good enough to compete against other real players who’ve played the game longer.

“I feel like [shooting games] are more dynamic rather than button mashing,” Darren Sperti said. “As far as controls go and skill set, I feel like it’s more dynamic in that respect.”

“Super Smash Bros.” is a platform fighter game, has items, very unique characters, and more movement. “Mortal Kombat” is a traditional fighter game, so it doesn’t have items, it doesn’t have platforms to jump onto,  it has a health bar and the movement is more controlled than it is in “Super Smash Bros.” They still share one key aspect though: the characters fight against each other.

When we look at shooting games on the other hand, many are very similar in countless ways. If we compare “Call of Duty: Warzone” to “Fortnite,” the only noticeable differences are the graphics, weapons, and the building aspect in “Fortnite.” It has the similar aspect of different game modes, weapons and shooting: aim, crosshair, shooting, types of weapons, etc.

This isn’t to say there isn’t any variety in shooting games, take “Overwatch” for example. “Overwatch” is very different from “Call of Duty,” but it still has many similarities—just like how “Super Smash Bros,” a fighting game, is very similar to “Brawlhalla”—like having to play as a team in order to win. “Call of Duty” is not just a team game.

Fighting games are more fun in the aspect of playing against friends, variety, and being able to stick with it and improve over a long period of time rather than a short period of time.